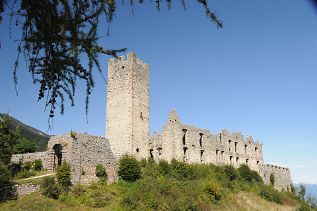 The ruins of Belfort Castle are situated along the route connecting Cavedago and Spormaggiore.
The first document dealing with the Castle dates 1311, when Henry, Count of Bohemia, granted Tissone of Altspaur the licence to build a guard tower along the “New Road”. The compound was composed of the present tower and a building just at the foot of it.

In 1350 the compound fell into the ’ hands, from Castel Campo, but very soon the Counts of Tyrol regained its possession.

After centuries of adventures, Belfort Castle faced in 1670 an horrible fire. Rebuilt in 1700 and destroyed the ancient buildings, a for summer holidays, was built. During the Napoleonic Era the compound was definitely ruined and abandoned

Now it’s possible to admire the beautiful calcareous portal holding the Saracini’s coat of arms and the monumental medieval tower.

A good sight of the castle ruins are visible from the road linking Cavedago to Spormaggiore. 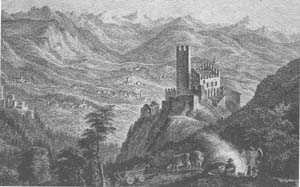 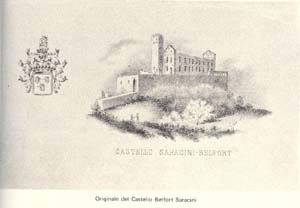 Source and other info : brentapaganella.it 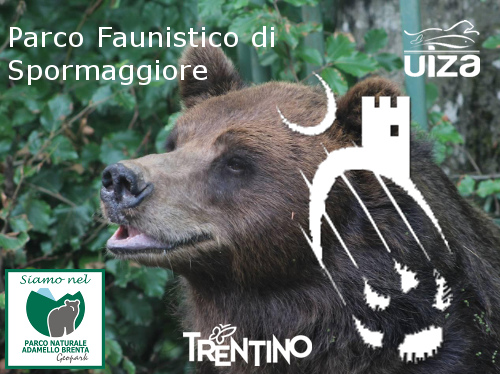